Welcome to the Roma Turf Club, located in the Queensland town of Roma – the hub of the Maranoa region, approximately 550 kilometres west of Brisbane.

Our Club holds eight races a year with the “Roma Cup” being the feature of the racing calendar.

Bassett Park racetrack is located on the northern edge of town, approximately 3 kilometres from the town centre.

There’s plenty of green space for the kids to run around or spread out a picnic rug under the shady gums track side.

The Roma Turf Club aims to conduct quality thoroughbred racing events in the Roma district, which will not only provide a high standard of sport, entertainment and benefits to the local community, but will improve and promote country racing to a broader audience.

In 1969, the local Roma region councils opened a brand new facility north of the town to accommodate racing in the district, previously held on a black soil track west of Roma.

The new, all weather sand track racecourse at Bassett Park was to become the home of the Roma Turf club – an amalgamation of the district’s existing racing groups, the Returned Soldiers Club, the Hibernian and Wallumbilla Race Clubs.

The Roma Turf Club is now regarded as one of Racing Queensland’s strategic clubs, NINE of the best and biggest country race meetings in Queensland including the Royal on 99 Roma Cup in November – the largest and richest meeting west of the Divide. 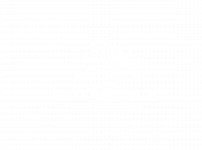